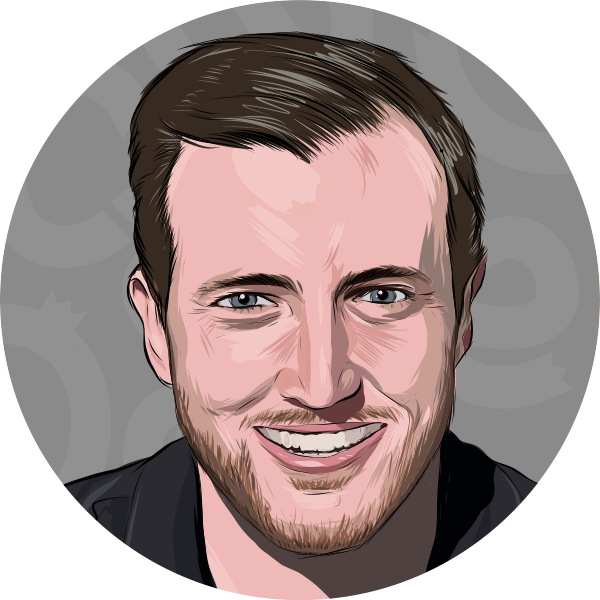 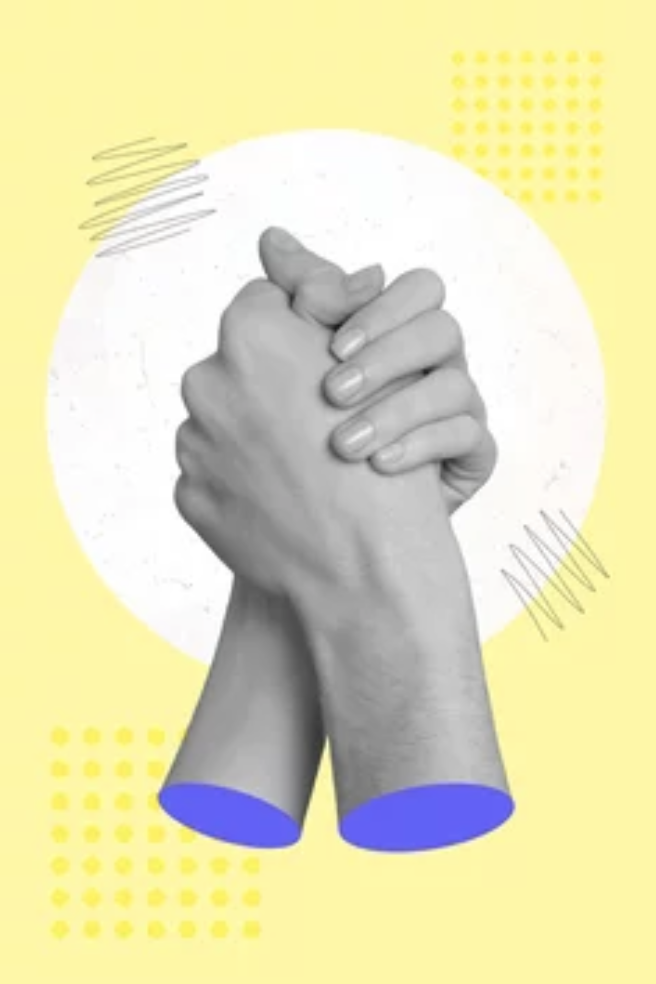 First things first, happy International Women's Day (IWD)! To all the incredible women in our lives, we want to thank you for your courage, kindness and capabilities in all their forms.

Secondly, I wanted to make this special edition of The Lighthouse Blog a little different. In my experience this day is often met with a little bit of trepidation by well-meaning but unsure individuals wondering how they can make the day a true celebration of women and not another culture war that forces us into camps of either being for or against something. I feel that it’s evolved into a day to pause and reflect, a chance to measure how we’re all doing at creating a more equal playing field of opportunities and celebrating the contributions women have, and will yet make, in the world.

But hey, we’re not perfect and there’s a fair way to go before we can rest on any of our laurels. Still, it’s worth highlighting some of the bigger milestones that have been achieved since it’s official start in 1975 for Australia:

Just to name a few.

However, for the purpose of today, let's park any culture war commentary and focus on the actionable, practical and impactful (API) things we can do as we strive for a better workplace and world for women (Yes, I’m in tech and wanted to use a phrase that could abbreviate into API 🤓). I want this to be practical and actionable, but we need to contextualise and then breathe it into lived experiences so we can adapt. After all, one of Cape’s Values is ‘Actions need Ownership’💥

I thought it would be fun to give myself an alter ego for this post and for ones like it in the future, especially for these issues I care deeply about. I was going to go with something like the Caped Crusader but apparently that had copyright issues, so instead I will go with the Crusading Caper (…hmm, a little salty but it’ll do!). I may not be the author this post deserves, but I might be the one it needs… to… deserve…🦇 #ImBatman

What I was trying to say, before I got lost in my superhero metaphor, is that I think this type of topic needs a dynamic duo approach. So, for this post I have joined forces with another superhero, Aly Garrett who, if you weren’t already aware, has had to retire from winning awards because the trophy room in the secret cave can’t be expanded anymore. She’s the founder of All In Advisory, host of both the Acuity, and Aly & Andrew’s All Aussie Accounting Adventures podcast, and an allround incredible human being. Aly has spent much of her career paving new ways forward for women in the workplace and demonstrated immense courage when it would have been easier to stick to the status quo.

Together we came up with some API’s that might not have crossed your mind and can go a long way to fighting on the side of a better tomorrow 🦸‍♀️.

1. Educate and Improve your Perspective

If you haven’t taken the time to, ask a woman about her experiences in the workplace. Not with the ambition to fix or have your guard up for fear of being attacked, but to walk in their shoes and understand what unintended behaviours might be occurring that can be addressed. I’m confident that the vast majority of people in Australia aren’t trying to hold women back, but there are unconscious behaviours and assumptions that persist and can stagnate our progress.Hey

Aly shared this experience, “It can be the littlest things that we don’t think anything of, but when you total them up they can form into barriers. I remember being told that I was too quiet or that my voice was too gentle to be a leader, but when I did speak up for myself I was too aggressive. Both of those assumptions come from an unconscious definition of what a ‘leader’ should look and sound like and what a ‘woman’ should look and sound like”.

Aly also said, “I was nearly overlooked for an opportunity because of the assumption that I may have another child. Were it not for another female Director on that decision panel who put the offer in front of me, I would never have had the chance to tell them that I really wanted to go for it. Someone had made an assumption about what I wanted and simply decided not to offer or ask for my thoughts on it. Provide people the choice, they may surprise you”.

In order to gain this important perspective, we need to open up the lines of communication, not to fight or make a point, but to recognise and accept where there are biases. I know in the past I’d wondered how you even start this type of discussion, so here’s a ‘not-so-ideal’ and a ‘better’ way for reference: but

Remember, these sorts of discussions, though productive, can be triggering. “Some might get triggered, even if you’re in the right conversation, so empathy is critical. It might show as frustration, anger, or even despair, but that’s just because the feelings are still there and feeling safe enough to open up to someone who can empathise and understand is a strong first step in allyship” said Aly.

This Crusading Caper has realised that I have the opposite challenge to Aly, my voice carries. I’ve been told by many that know me, if I were born in the ye olden days I would have been the town crier. So in my personal quest to be an ally, I decided to leverage that ability. Whenever a female colleague has made a point that gets spoken over or repeated in a meeting, I’ll acknowledge and attempt to correctly credit during the meeting by saying, “she just made that point”. Or, when a female colleague is trying to say something in the meeting but is being ignored, I’ll get the attention of the room and hand her the time. These simple actions have been fairly effective in my experience and helped our teams reach better outcomes, though I might not always be perfect at it, it’s a practical start.

3. Get Both Viewpoints on a Job Advert

Going to attempt a metaphor here, imagine for a moment that you’re an archer and have a unique challenge, you’re also a cyclops 👁. You’re taking aim at a target and just can’t quite seem to hit it. Another cyclops comes over and you outline what you’re trying to do, you both agree to bang your heads together and miraculously your heads merge and you now have excellent depth perception! You take aim and hit the target!

We don’t often think of ourselves like this but all of us are subject to seeing the world in a particular way. That’s really all a bias is, it's an internalised perspective (often to the exclusion of all others). It’s perfectly human and being aware of our own biases opens up some great opportunities to see problems and their solutions in different ways.

Aly described an experience she had with a business that was struggling to attract any female applicants for the position they were advertising. “I simply asked them why they felt they weren’t getting any good applicants and they didn’t have any ideas. I then asked them if I could read the job description and make a few adjustments. They agreed and instantly I could see where their problem was. The language they were using and even their website was designed to appeal to just a male audience. They hadn’t asked themselves how this would look to the talent market, rather the hiring manager had just written up a quick description and chucked it up.”

Aly went on to say, “By changing some of the language and suggesting a slightly different colour scheme on their website it ended up landing them their first female hire and a great one at that. It’s such a simple thing but if you’re a male hiring manager, get a female colleague to proofread your JD. The same if you’re a female hiring manager, get a male colleague to lend their perspective. Having the right balance in the language you use will avoid subconsciously narrowing your talent pool options before you even begin sifting through the CV’s.”

We have some big challenges in the world and all the capability to overcome them if we unlock our full human potential across gender, age, ethnicity and so on. Women are incredible, we’re all incredible, we just need to be more aware and we can do some truly incredible things together.

So for this IWD and all that follow, let’s see if we can’t level the playing field and build some bridges over the career cliffs and pay gaps of the world. It’s totally achievable and often the greatest achievements just need some really simple and easy to adopt solutions to get us there. In the perspective of this Crusading Caper, let’s not hold ourselves back from achieving Nirvana!

Written by Aly Garrett and Matt Rowan (aka The Crusading Caper) 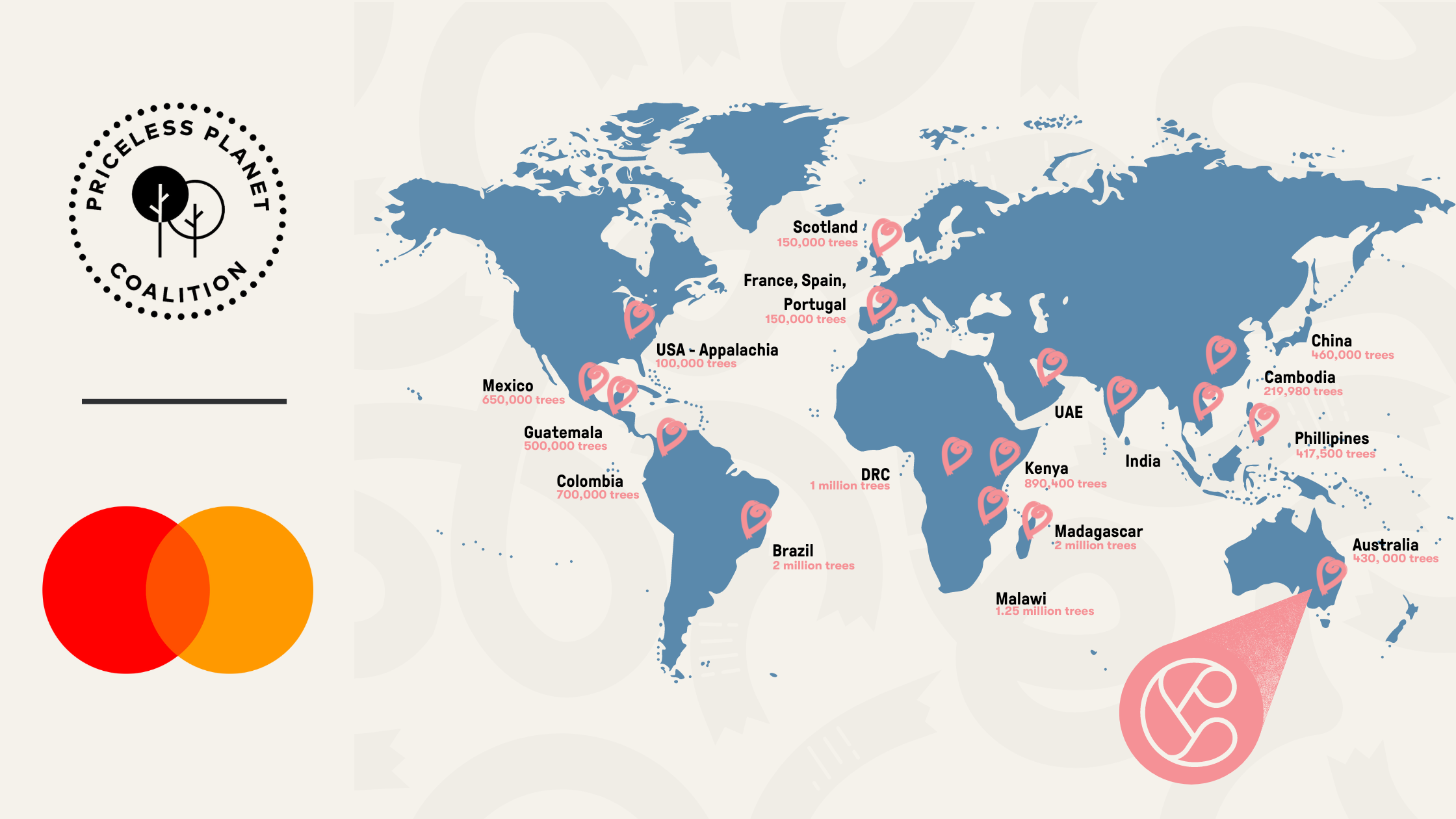 Cape teams up with Mastercard to restore the world’s forests, one tree at a time 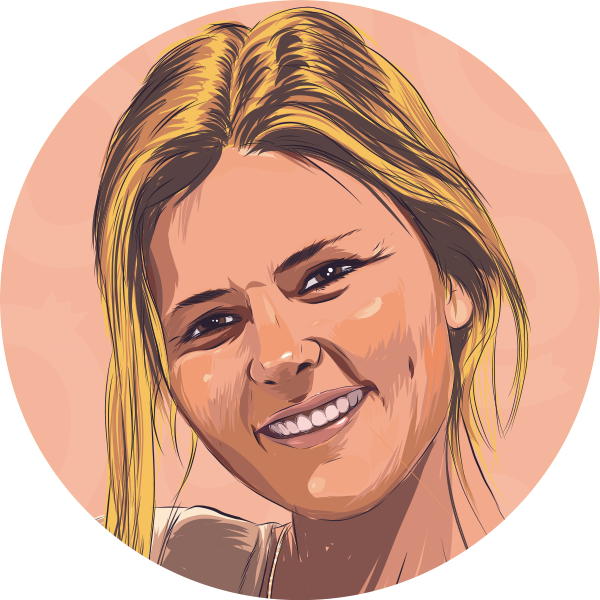 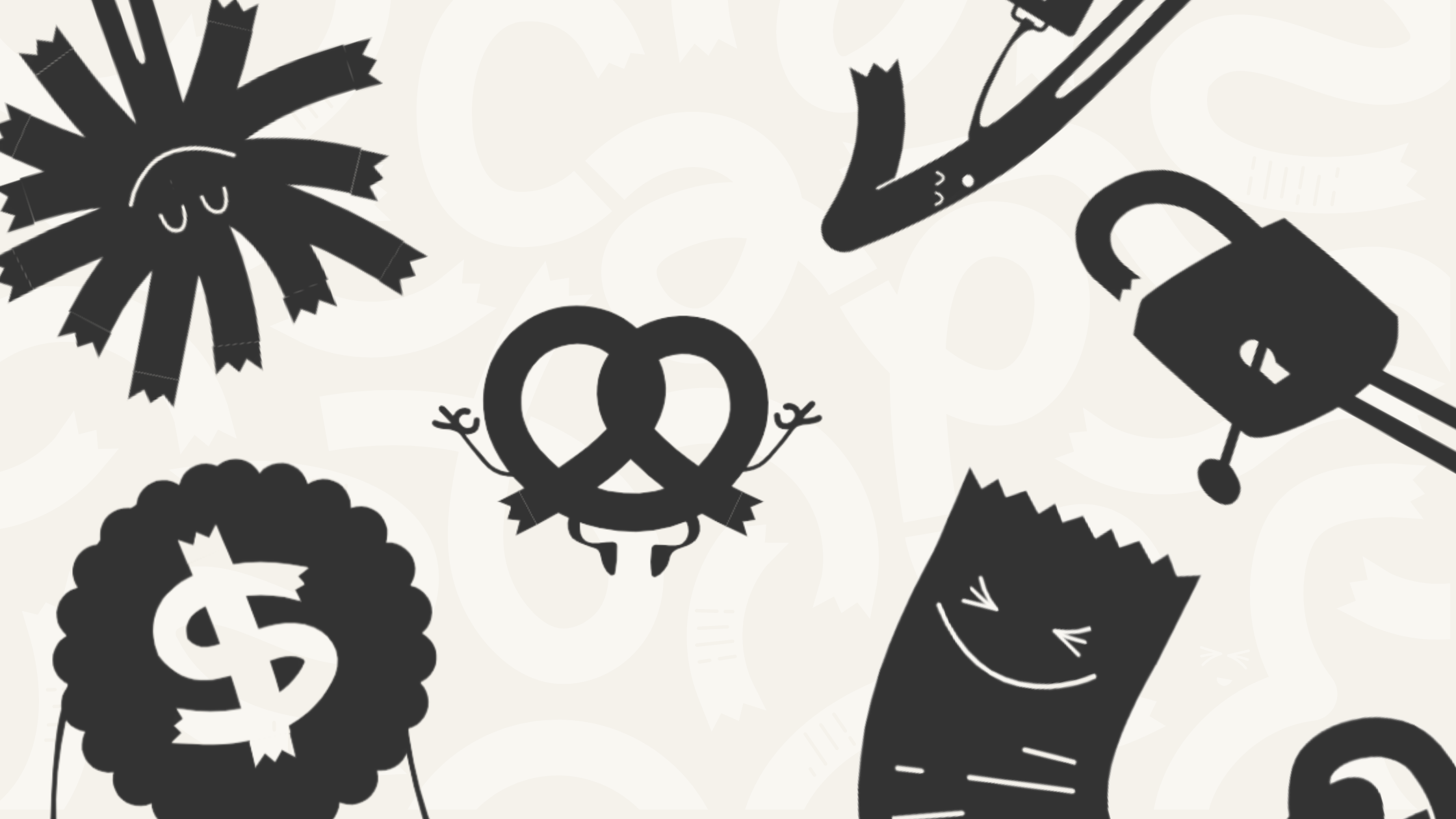 Meet Cape’s mascots: the embodiment of our brand identity 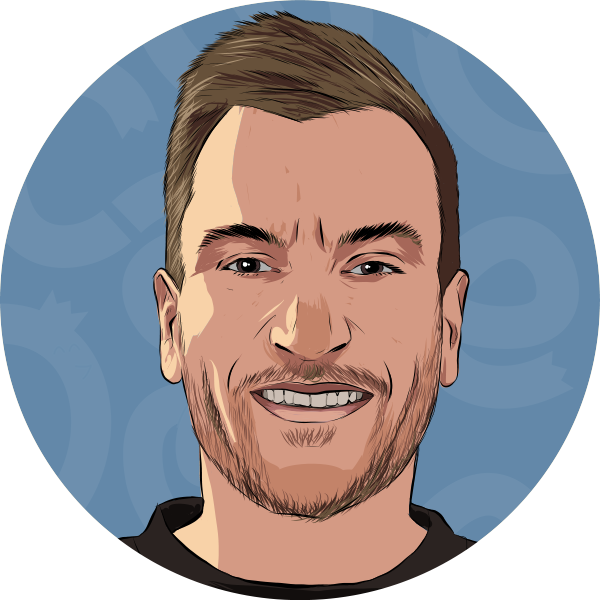 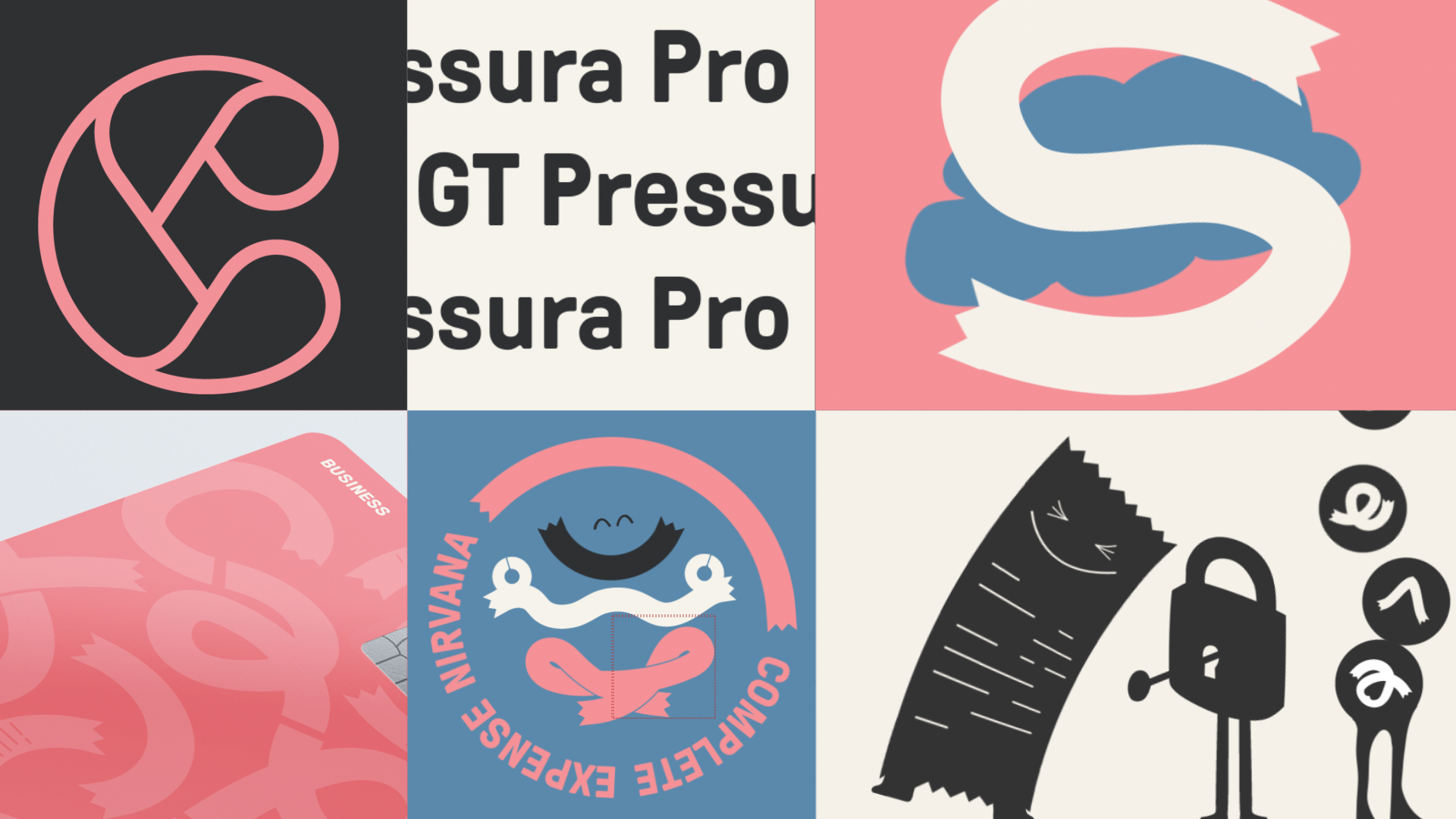 Breaking the fintech mould with a brand evolution packed with personality